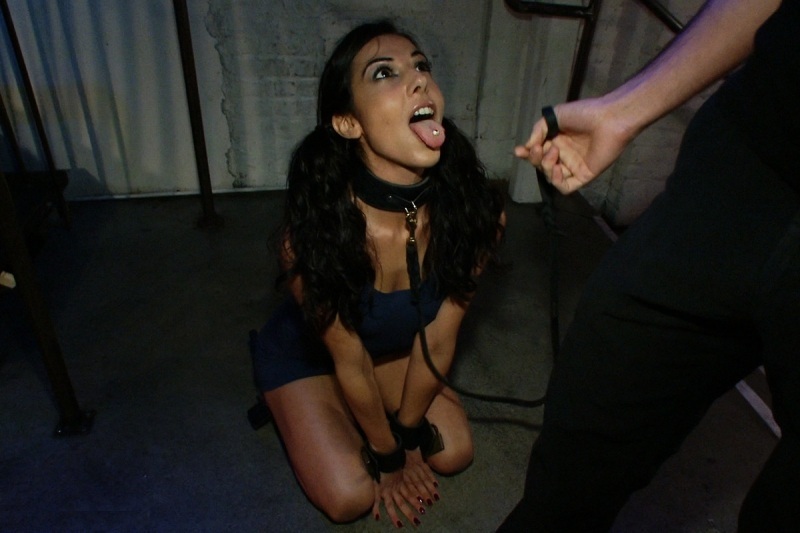 My roommate ignited seeing the show Liza del Sierra and pushed me to take information from the nearby booth to be a photo model. I fell on Fabien Lafait, who offers me to make me do my first scene X.

Three weeks later, I made my first shoot. I liked it, so I stayed there.

After my first scene, I informed my family and friends. They took it all well. Because they know that I am a thoughtful girl, who knows what she is doing, and that I will never do something that makes me feel bad. And they also know that I am liberated and eager for experiences.

My mother’s very first reaction was fear. She already imagined that I was going to shoot in a suburban cellar, with girls from the East, prey to the mafia. But after explaining to her how it had gone, and especially that she feels fulfilled, she immediately supported me. And she is even now very proud of me!

Do you think you’ll talk to your kids later?

I do not want to have kids later but on the assumption. I will not hide them. Depending on how old they are when the question comes up, I will adapt my speech.

I have nephews, five and nine years old, and I told them that I made small films that were not widely available, and that they could not see them because it was for adults.

Do you think pornography can be likened to prostitution?

When we do a scene X, we do not fuck as we want, nor to please the partner, but we do what we ask a director. Fortunately, we have the right to enjoy it, but the primary goal is to produce quality images; a contrary of prostitution where the goal is to give a paying sexual service to a client.

Some actresses do extras and are escort-girl. Is this your case?

The practice of escorting is an open secret in the X industry. It’s something we do not talk about or even about, even between actresses. I know very few French women who do it, but many more foreigners.

And about me, I do escorting occasionally, but never in France, and through a very prestigious agency at high prices, based in Switzerland.

I jumped out of curiosity, and I loved it. As I am very selective, it always brings me to exciting meetings.

Question prices, “the must, it’s the United States.”

How much are you paid on average?

Rates vary depending on what you do. It is evident that a video solo is not paid in the same way as a double penetration!

And if you want me to give you figures, say that the average for a vaginal scene would be 500 euros in Europe, and I touched 1,000 euros in the US. The big American stars are getting around 5,000 euros!

Unfortunately, we do not receive royalties on the sales of our scenes, whether on DVD or the Internet. We sign contracts of the total transfer of the rights of our image, on all media whatsoever.

But it is sometimes possible to arrange with some productions or magazines, for which we made photo shoots, to recover photos that can be exploited on our personal sites or blogs and, concerning me, I have an arrangement with two productions that let me use for my website videos shot for them.

At the television level, there is an organization, the Administration of the rights of artists and musicians interpreters [Adami, editor’s note], which pays us every year a prorated remuneration of our presence on the screen and the importance of our roles, on the X movie broadcasts on Canal +. Let’s say that it compensates for the absence of royalties.

Make the cover of Hot Video, what does it cost you?

But it offers visibility, which can bring a new audience, and eventually generate traffic on my website (assuming it is open of course), so new subscribers, so money.

To make the cover of Hot Video, it also gives credibility abroad (and in France of course, but as there is no job to fill, it does not change anything). In Budapest, Los Angeles, the locals are familiar with this magazine, and my agent in the US has already used it to get me a job.

And then, as long as I list the things that it pays, I confess that it is also good for the ego. [Laughs] It makes me say that I worked hard and became a potential seller, otherwise I would not be put in the gondola.

I find it funny to see myself on glossy paper and that my friends tell me to have “crossed” on a kiosk while going to work. And it makes me laugh to archive that with the rest of my magazines, thinking about my old age, wondering if it will be my nephews or my children who will first fall by chance on it. It brings me good mood, what.

“People do not want to pay to see X anymore”

How would you describe your profession?

Being an actress X is fueling fantasies, producing images that will be exciting for the viewer.

I want this profession to be recognized in France in the same way as it is in the United States, where the X industry is a business like any other, which would allow having agents (banned in France as assimilated to pimping), and therefore security, a serious, and transparent pricing. This would avoid many cases of abuse by some productions.

Actors and actresses were paid triple or quadruple of the current rates; filming had big budgets, every year took place the Hot d’Or next to the Cannes Film Festival, it was the beginning of the staring actresses X, like Julia Channel, Tabatha Cash.

Then the Internet and aggressive hacking have arrived. Everyone started to show themselves free on the web. More particularly in France, people no longer want to pay to see X. They want handjobs quickly made free amateur tubes, an impressive number of people will have liked to share via their low-quality camera.

On the Internet, proximity more than perf

What part does the Internet occupy in your job?

I spend several hours a week maintaining an internet presence on social networks and specialized forums because for an actress X, the Internet is essential. This is our showcase. This is the way that fans can chat with us, and an actress must do at least a minimum to keep and win.

Because people want a semblance of proximity, and in front of the number of actresses on the “market,” what distinguishes you from another, and well it is not your performances, but your personality. We must, therefore, promote ourselves and be present on the web.

Nowadays, being an X actress means spending much more time managing than having sex!

On the Internet, we can see more and more videos shot without protection. What do you think?

Unfortunately, it is almost impossible now to go abroad with systematic protection. That’s why it took me a long time to decide before going to work in Budapest.

But unlike France, which only requires an HIV test and hepatitis, tests to be provided abroad are much more complete, including a dozen STDs, and are to be done every three weeks. In the US, all the results of industry players can be viewed directly on the internet servers of the lab chain.

Let’s say that these measures do not replace the condom, but still allow to limit the risks of a possible epidemic.

I always use condoms in my private life, but I must admit that it’s still more comfortable with making a scene “energetic,” which lasts more than an hour without suffering the irritation caused by latex!

And to return to the French legislation, the condom is certainly mandatory, but most scenes end with oral ejaculation. Even if the risk of transmission is much lower in this configuration, it does not. Is not bad.

For the needs of a movie, did you practice things that you do not like or refuse to do?

When I decided to go a long way in the X after my first scene, I also saw a way to test my limits, my body, my desires.

At first, I did not want to do DP [double penetration], then I wanted to try. Well took me because I love it! [Laughs]

I have already been asked to do something a little more strange, such as enemas before a camera, that I categorically refused! [Laughs]

There are things that I do not like more than that, like sputum, oral ejaculations. But these are things you can not escape when you Gonzo, especially abroad. Like any job, there are aspects we like less than others! [Laughs]

“I refuse to shoot with amateurs”

Are there actresses and actors with whom you would not turn?

There are people with whom I have less affinity than others, like everyone else, but not so much as to refuse to shoot with.

To have experienced in my debut, I now refuse to shoot with amateurs, because I do not want to have to work twice or wait for hours that the guy manages to have a proper erection. And generally, they do not make beautiful scenes.

Also, the business is so in a crisis that I prefer to work with pros who have been doing this for years (Ian Scott, Phil Hollyday, Titof, etc.) rather than see their job taken by a low-paying newcomer who does not will do that shit.

What do you remove from the movie “History of sex (s)”?

“Stories of Sex (s)” was fascinating to do, because it is an explicit movie that is not intended to excite the audience but to show him different “slices” of true sexuality, those of sir and Madame everyone.

“Stories of Sex (s)” raises many taboos and dramatizes sex, addresses this topic in a completely healthy way, but unfortunately, the application for “Explicit” exploitation visa was rejected, so this film is classified X, pornographic, while it is not.